Bobbi here with our February/March Words 2 Craft By Challenge.

If you have ever gone to New Orleans during Mardi Gras season, you would understand. With wall to wall people, colorful costumes, beads and other items thrown from the Crewe floats, it is quite the spectacle. I actually caught a "Mardi Bra".  The parades early in the season are general celebrations, while the parades and balls held during the last few days are more traditional.

Let's see what our I-Team has come up with for inspiration:

Up for grabs is a My Favorite Things stamp set to help you celebrate even more occasions! 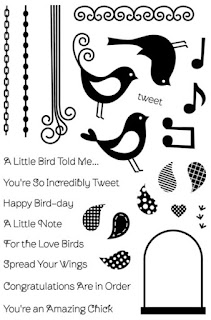 Posted by BobbisTreasure at 12:00 AM

Email ThisBlogThis!Share to TwitterShare to FacebookShare to Pinterest
Labels: W2CB, Words 2 Craft By

Oct/Nov Challenge: Oct 9 - Nov 6
Challenges start on the second Weds. of each month and run through the first Weds. of each subsequent month. For challenge info, click on our Rules of the Road page.